Love in action speaks louder than any other language on earth. When you can share your heart and share the knowledge you have gained from your experiences, you are a worthy resource and can be a blessing to others. Love One was created by two families at Savannah Christian Church who came together after God placed it on their hearts to adopt a child from China. Both families felt led to adopt and began the process. Less than two years later, in the middle of adopting their second child from China, both families felt the call to raise awareness to God’s command in regards to the fatherless. It was also placed on their heart to show support to other families in the adoption process, and change the cultural and spiritual footprint of the fatherless in their community and their church. Having felt the need to respond to James 1:27 and Mathew 18:5, the Holloway and Fegel families prayed, collaborated and moved into action.

Love One was established in January of 2013 at Savannah Christian Church as an adoption ministry led by Dawn Fegel and Brandi Holloway with the purpose of welcoming adoptive children home, supporting families in the adoption process, and to be a resource to families who needed more information about adoption. It wasn’t very long before they realized God had bigger plans for the ministry.

In April of 2013, the ministry leaders of Love One went to the Christian Alliance for Orphan Care Summit in Nashville, Tennessee and came back with an even bigger vision of God’s plan for the ministry. The ministry refocused and began working under the three tier method to support adoption, foster care, and global orphan care after realizing that God had brought their children home to break their hearts and to create a voice for those who do not have one. After Love One began, the ministry started working with other local agencies, churches, and families in the Savannah area to raise awareness, support local foster and adoption initiatives, and to find ways for people to be involved.

Love One, Inc. was established in October of 2015 as a community ministry that serves with the function and sole purpose of being able to minister to families who adopt and foster, and to help churches establish or grow their orphan ministry efforts through training and discipleship while continuing to raise awareness to the orphan needs around the world. It all began with welcoming ONE child into their homes and hearts and then it only seemed natural to help others do the same!

“And whoever welcomes one such child in my name welcomes me.” Matthew 18:5

Are you interested in helping the fatherless or support families who are adopting or fostering? We are always looking for Godly men and woman who would like to help volunteer with Love One and serve the fatherless in a variety of ways.

Sign up to our newsletter to get updates and news on what is happening next with Love One.

Starting in January 2023, we hope you'll join us ... END_OF_DOCUMENT_TOKEN_TO_BE_REPLACED

Our Team is Growing We have been blessed this ... END_OF_DOCUMENT_TOKEN_TO_BE_REPLACED 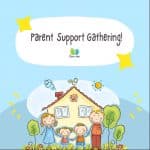 We hope you'll join us each month for our monthly ... END_OF_DOCUMENT_TOKEN_TO_BE_REPLACED 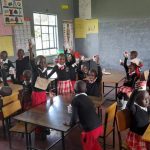 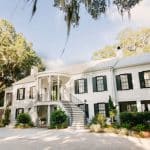 Stay Connected With Love ONE